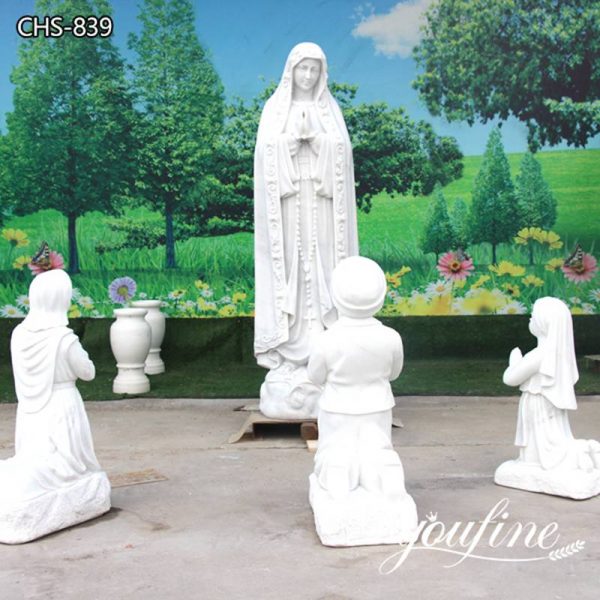 This Our Lady of Fatima Outdoor Statue perfectly restored the scene of the appearance of the Virgin, not only the sculpture of the Virgin of Fatima but also the sculpture of the three shepherds.
Item No: CHS-839
Size: Customized Size
Material: Natural Marble
About Us: 39 Years Factory
Insurance: Cover all the risk
Package: Strong Wooden Case
Advantage: Factory Direct; Door to Door Delivery
Color: Pure white&red marble or customized
Technique: Art-quality Hand Carved, Polished
Payment: T/T, Credit, Western Union, Money gram, PayPal 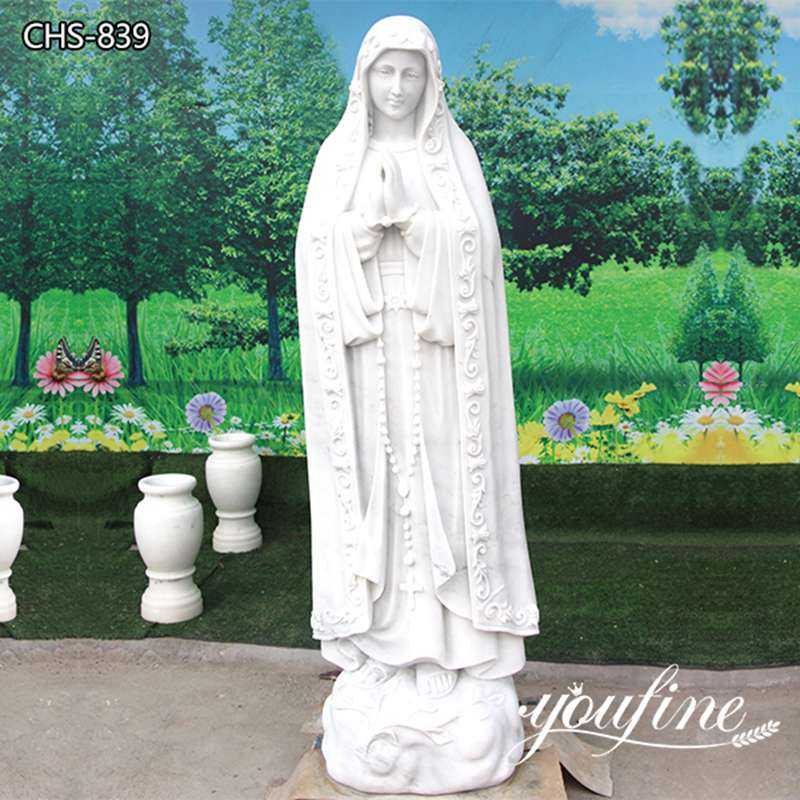 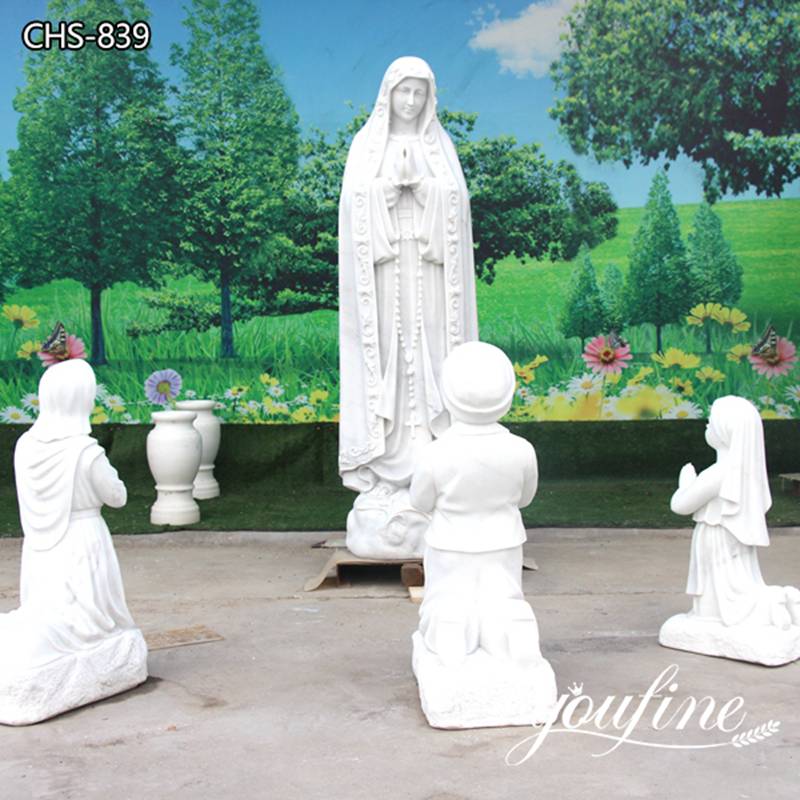 About Our Lady of Fatima:

Our Lady of Fatima is the title given by Catholics to a person who appeared to three shepherd boys in Fatima, Portugal, on the 13th of the month for six consecutive months in 1917, and was recognized by the Catholic Church as the “Virgin Mary”. Since the three shepherd boys said she called herself “Rose Mary”, this title is also used, and often these two titles are also used together, such as “Rose of the Virgin of Fatima”. So our group of Our Lady of Fatima Outdoor Statue not only has the Virgin but also shows three shepherd children at the same time. 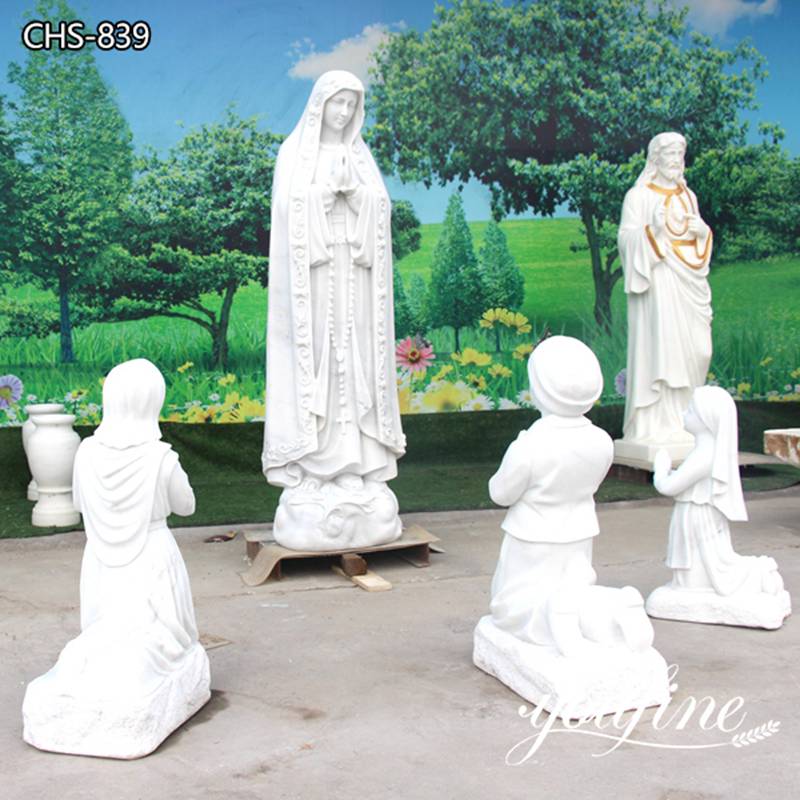 Lisbon daily O Dia’s special report on October 17, 1917, said: “…the silver sun, surrounded by the same harsh grey light, seemed to revolve, turning in the cracked cloud… The light was transformed into a beautiful blue, as if through the tinted glass windows of the cathedral, to the crowd kneeling and holding out their hands… The crowd wept, bald heads prayed, facing the miracle they were waiting for. Seconds seemed to become hours, it was so vivid.” Other scientists at the time No sun movement or other phenomena were recorded. According to other reports, this solar anomaly could be seen as far as 40 kilometers away. In addition to seeing these phenomena, the three shepherd boys said they saw a huge apparition including Jesus, the Virgin Mary, and St. Joseph blessing the crowd. The Benedictine historian of science Father Stanley Jaki believed that the movement of the sun seen by the crowd was an illusion caused by an atmospheric reversal, but the shepherd boy would have predicted the phenomenon was clearly a sign of a miracle. 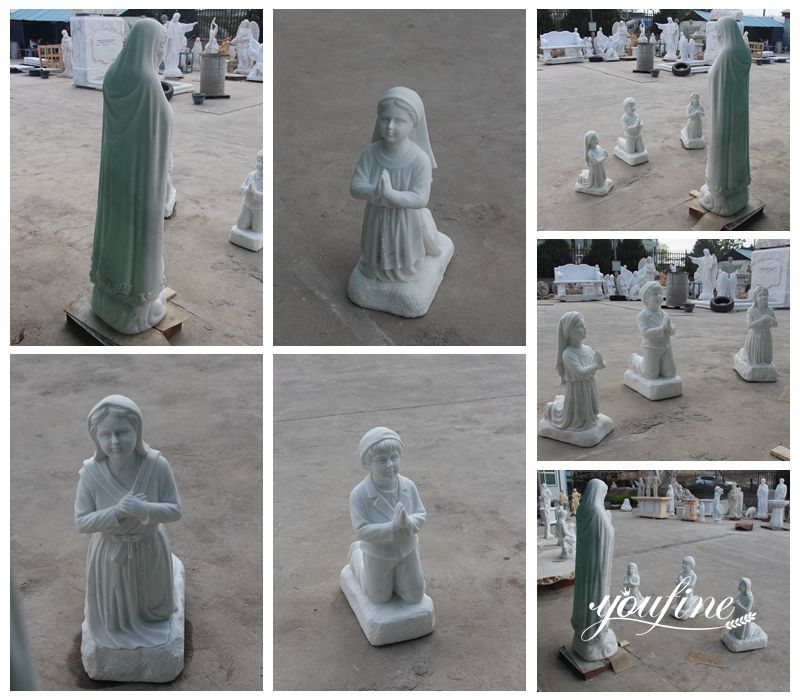 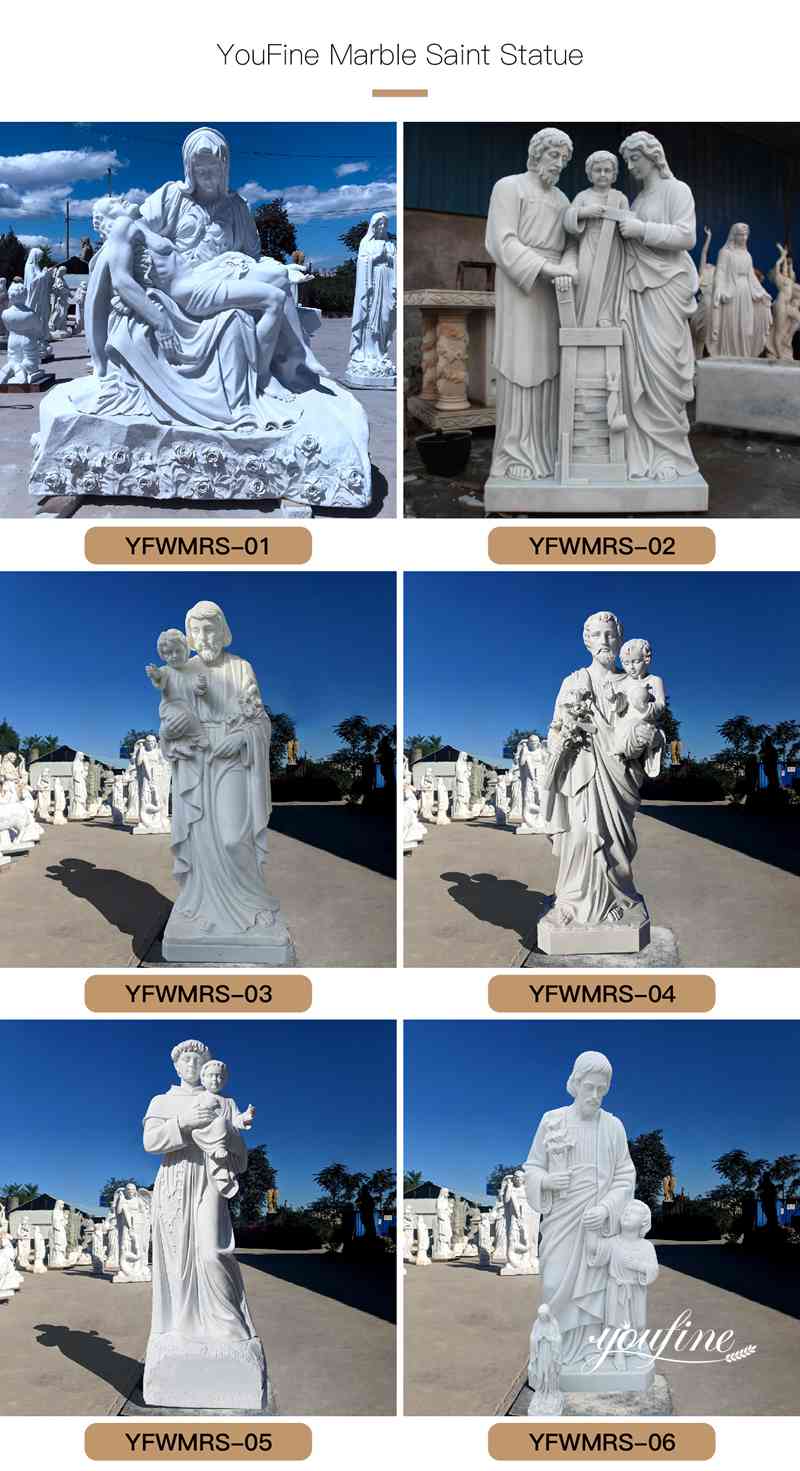 If you need high-quality marble religious sculptures, please feel free to contact us.